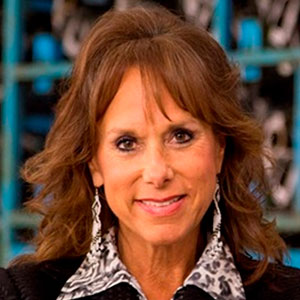 The certified Native American woman-owned business provides a variety of trucking services to Fortune 100 companies in the United States and Canada. Rush Trucking’s clients include Ford Motor Co., Chrysler, General Motors, Toyota, Honda, and other automotive suppliers. In addition to Rush Trucking, which is based in Wayne, Michigan, the Rush Group includes the Holt-based Dakkota Integrated Systems, LLC and Detroit Manufacturing Systems, LLC.

Together, the companies would form one of the largest Native American-held business operations in the country. As chairman and CEO, Rush serves on the U.S. Manufacturing Council advisory committee to the U.S. Secretary of Commerce, and as a trustee for the Michigan Children’s Trust Fund. She also serves on the board of the Detroit Regional Chamber and the Boys and Girls Clubs of Michigan.

Honors include a 2012 Michigan Women’s Foundation Women of Achievement and Courage Award and the 2008 Spirit Award from the Native American Business Alliance. In 2002, Rush received the Pioneer Award from the Minority Enterprise Development Group. She was the Native American Chamber of Commerce 2007-08 Woman of the Year. In January of 2014, Rush was invited to share First Lady Michelle Obama’s box for the State of the Union address representing Americans “working hard to better their communities and help restore opportunity for all.”