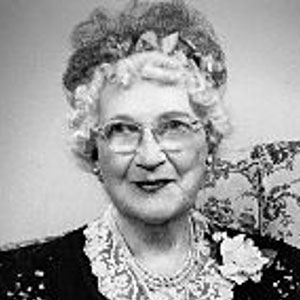 It was customary in the 19th and early 20th centuries to acknowledge women leaders by calling them “Mother.” Mother Jones, the miners’ and children’s labor reformer is an inspiring example. How fitting it would have been to address Laura Freele Osborn as “Mother Osborn” after she was elected in 1917 to the Detroit School Board, becoming the first woman to hold elective office in Detroit. She remained the only woman on the board for thirty-two years, served a total of thirty-eight years, and was elected its president seven times. She was responsible, in part or in whole, for innovations which are now standard practice: school lunchrooms supervised by trained dietitians, special programs for children with special talents, special instruction for handicapped children, visual education, health education, and classes in manual and domestic arts. She devised better business methods for school administrators and insisted upon fire-proof school buildings as well as classes for children in custody at the Juvenile Detention Home.

Osborn defended Detroit teachers and their contracts in court when the school board refused to pay the teachers back pay owed them during the hard times of the Great Depression. They received the wages in 1932. Wayne State University owes a great debt of gratitude to her for the work and direction she provided in its founding in 1933, the year she was 66 years old. She continued working, without remuneration, until she died, at age 89.

Laura Osborn’s work inspired other women to become involved in civic life. From as early as 1907 she rallied scores of women to school reform, temperance, and women’s suffrage and she was their primary leader. “It all helped,” The Detroit News stated, “to break the prejudice against women officeholders in Detroit. . . and Michigan, as well.”

In 1928, acknowledging her strong, innovative leadership, and the fact that she had made Detroit a model school system, emulated by other schools across the nation, The Detroit Free Press selected her for membership in their Michigan Women’s Hall of Fame.

Few contributions can have as lasting an effect as those which contribute to the education of children. Laura Osborn’s commitment sprang from a passion to put “children first” and was made possible by her intense interest in all aspects of the operation of the school system, large and small. Her work benefited hundreds of thousands of young people who went through the Detroit Public Schools during her tenure on the school board.

The enduring nature of Laura Osborn’s contribution to education lies in the lives and accomplishments of those who attended classes in the educational system. As she observed, “. . . let us never forget that the generations we are teaching in the schools today will be running the country in twenty years – and how they run it depends upon how they are taught.”