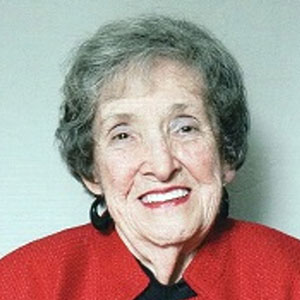 Gladys Holdeman McKenney is an educator and activist for women’s rights. She is most widely known for the educational program she created called “Our Fabulous Foremothers.”

In 1984, McKenney created a cloth doll for her granddaughter representing the Equal Rights Amendment (ERA). That early doll inspired her to create a program focused on the Women’s Suffrage movement that evolved into “Our Fabulous Foremothers.” McKenney used the dolls to role-play situations representing women’s struggle for the right to vote. She has also developed a series of reenactments of defining moments in the lives of historical women. Through these historically inspired portrayals, McKenney brings these accomplished women to life for audiences of all ages. Some of the women portrayed in the program include Abigail Adams, Lucretia Mott, and Sojourner Truth.

McKenney worked as a social studies teacher at Rochester High School for 18 years. As a teacher, she developed the course ‘Women and History,’ and in 1983 encouraged her students to produce the book Women and Rochester: A Historical Look. McKenney also produced an audiotape entitled Votes for Women: Our Fabulous Foremothers that was sold through the National Women’s History Project.

In addition, McKenney continues to be an advocate for women’s rights. She was a charter member and president of the North Oakland Chapter of the National Organization for Women. She participated in marches in support of the ERA, is a member of the American Association of University Women, and worked with area literacy programs.