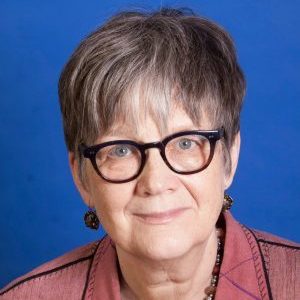 Dr. Terry Blackhawk is a nationally respected educator and founder of InsideOut Literary Arts Project, a nonprofit serving the needs of Detroit Public School children. Terry holds a B.A. in literature from Antioch College in Ohio and a Master’s in education from Wayne State University. In 1993, she received a Ph.D. in reading and language arts education from Oakland University. She also received an Honorary Doctorate of Humanities from OU in 2014. As a K-12 teacher, Terry worked tirelessly to help her students shine, garnering them dozens of state, local, and national writing awards, and building supportive communities of writers in her classroom. Terry continues as Founding Director Emerita of InsideOut Literary Arts Project (iO) and is a 2013 Kresge Arts in Detroit Literary Fellow. In 2009, InsideOut was honored by Michelle Obama in a White House ceremony and with a Youth Program Award from the President’s Committee for the Arts and the Humanities—for its Citywide Poets, an after-school program for iO youth that Terry initiated in 1998, which was featured on the PBS Newshour in 2013.