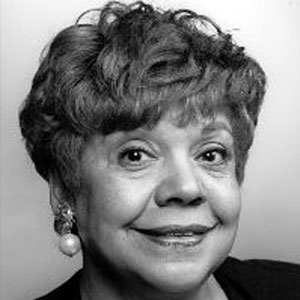 Judge Claudia House Morcom worked to establish gender and racial equality in all facets of society through her notable accomplishments in the field of law.

Morcom, a Detroit native, received a J.D. from the Wayne State University Law School in 1956. She began her professional career as a public housing aide for the City of Detroit Housing Commission. Morcom then proceeded to become the first woman associate in the nation’s first integrated law firm. In 1964 Morcom moved to Jackson, Mississippi, to become the Southern Regional Director for the National Lawyer’s Guild Program. At a time when volatile race relations plagued the South, Morcom and others facilitated a massive voter registration movement and worked to desegregate public facilities throughout Mississippi. While serving as founding director of the Wayne County Neighborhood Legal Services from 1966 to 1968, she implemented a program providing legal representation for the indigent. In 1972 she began an 11-year career as the Administrative Law Judge for the Michigan Department of Labor, Bureau of Workers’ Disability Compensation. In 1983 she was the first African- American woman appointed to the Wayne County Circuit Court.

In addition to her professional activities, Judge Morcom participated in numerous community boards and organizations, including the Metropolitan Detroit YMCA and YWCA, the Merrill Palmer Institute for Child and Family Counseling, and Kids in Need of Direction. She has also served as co-chair of the Michigan Alliance Against Racists and Political Repression, president of the Michigan Housing Association, member of the Metropolitan Coalition of Women, president of the United States Delegation of the American Association of Jurists and its observer at the United Nations non-governmental organizations.

Morcom has been an outspoken advocate for the rights of women and minorities. Her commitment and dedication have ignited hope for many young women who have followed her professional example. Morcom’s inspirational achievements have not gone unnoticed; she has received many accolades including the Wayne State University Center for Peace and Conflict Studies Peace Award, the Wayne State University Outstanding Alumni Award, the Damon Keith Humanitarian Award, the Center for Constitutional Rights Award, the Michigan State Bar’s Champions of Justice Award, the National Coalition of 100 Black Women Outstanding Community Leadership Award, and the American Civil Liberties Award.