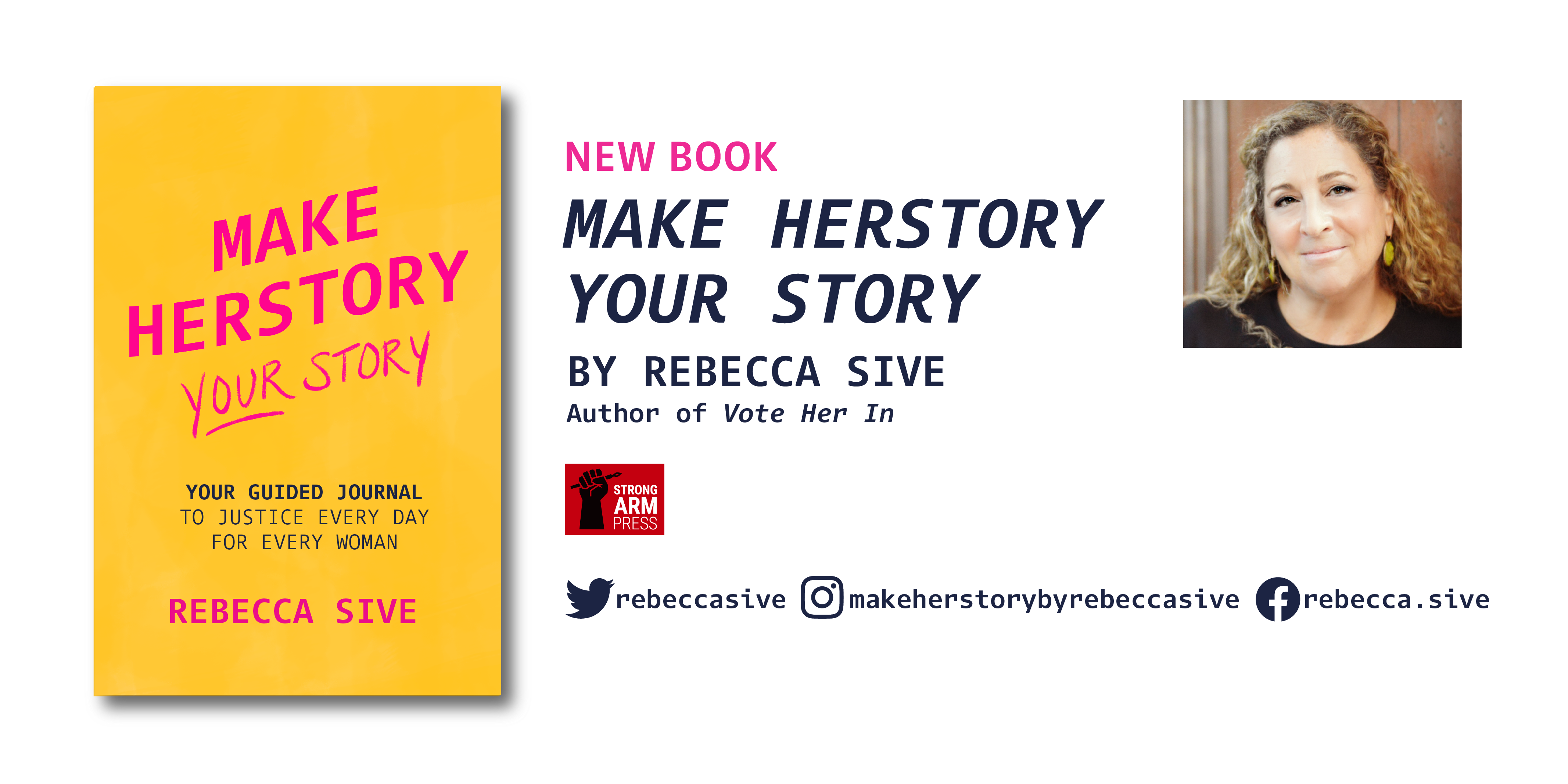 Your Guided Journal to Justice Every Day for Every Woman

“Rebecca Sive’s latest book wants to help females with their New Year’s resolutions of changing the world.” The Chicago Tribune

Every. Woman. Can. Make. Herstory. Her story. That’s the inspiration for Rebecca Sive’s new book (January 2022) for women leaders, advocates, and activists: Make Herstory Your Story: Your Guided Journal to Justice Every Day for Every Woman.

Make Herstory Your Story is an illustrated journal and workbook, including more than 45 inspirational graphics and writing prompts that move readers to journal their dreams into reality. Organized in three sections: Imagine. Create. Organize., it aims to create the life every woman and girl deserves with practical advice for building projects, organizations — even movements.

Make Herstory Your Story is ideal for groups of activists seeking a context for discussion and a springboard to action; available wherever fine books are sold; and at-cost to women’s, girls,’ and movement organizations.

Rebecca Sive, author of Make Herstory Your Story, is the author of three books on American women’s politics and power; a motivational speaker, experienced media and political analyst; admired women’s leadership strategist; and a past lecturer at the University of Chicago Harris School of Public Policy and statewide governmental official. Sive co-produced and co-hosted the podcast series, #VoteHerIn, with Two Broads Talking Politics, the latter a “best political podcast,” according to Parade magazine.

In addition to Make Herstory Your Story, Sive’s books include:

Sive’s articles and op-eds have appeared in The Huffington Post, Crain’s Chicago Business, The Hill, at MSNBC, The Chronicle of Philanthropy, and elsewhere. A founder of one of the nation’s first women’s centers, leader of the campaign to elect Chicago’s first African American mayor (Harold Washington) and an advisor to him, Sive was among the national decision makers who developed women’s issues agendas for presidents Bill Clinton and Barack Obama. She was a founding gubernatorial appointee to the Illinois Human Rights Commission. She is included in the encyclopedia, Feminists Who Changed America and is the recipient of numerous awards for her leadership and service.